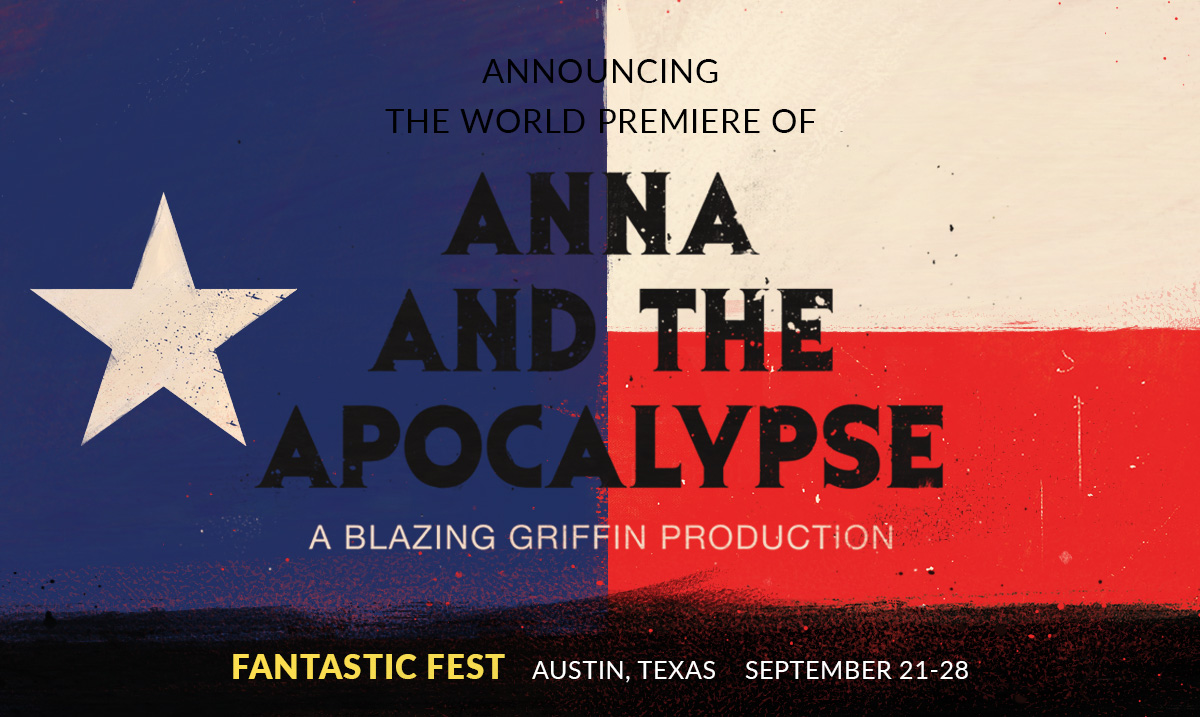 Here is the first look at the upcoming zombie Christmas musical ANNA AND THE APOCALYPSE from director John McPhail.

In Anna and the Apocalypse, a zombie apocalypse threatens the sleepy town of Little Haven – at Christmas – forcing Anna and her high school friends to fight, sing and slash their way to survival with a fast-spreading undead horde in relentless pursuit. Teaming up with her best friend John, Anna and her crew fight their way through zombified snowmen, a ravenous bachelor party and high school hormones to try and save family and faculty alike. But they soon discover that no one is safe in this new world, and the only people they can truly rely on are each other.